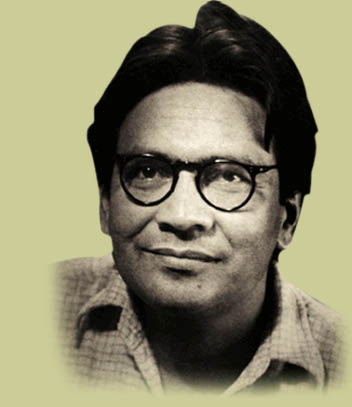 P.C. Joshi, the first General Secretary of the Communist Party of India, was one of the leading figures of the communist movement in India. Born in Almora in 1907, Joshi joined the Communist Party in 1929, and rose to prominence thereafter. He was soon thereafter arrested in connection with the Meerut Conspiracy Case. Despite an official ban on the C.P.I., Joshi continued to play a leading role in the activities of the party, and emerged as one of its most influential members. He was therefore chosen as the party's first General Secretary in late 1935, a capacity in which he served until his removal from the post twelve years later.

Under his leadership, the Communist Party established new organizations and breathed new life into existing ones: the All India Kisan Sabha, All India Trade Union Congress, Progressive Writer’s Association and the All India Student’s Federation were actively encouraged by Joshi. He also played an instrumental role in the launch of the party weekly, National Front, which he edited, and helped found the Indian People’s Theatre Association (I.P.T.A) in 1942.

In 1949, Joshi was expelled from the party for his perceived closeness to the leadership of the Indian National Congress. Though he was reinstated two years later, and ultimately made the editor of the party weekly, New Age, Joshi ceased to be as actively involved in party affairs as he was prior to his expulsion. Instead, towards the end of his life, P.C Joshi began to devote himself to the task of writing the history of the Communist Party of India as a way of understanding why a party which enjoyed a heritage of selfless work had run into contradictions. The collection of documents he had begun in his lifetime became the basis for the Archives on Contemporary History at J.N.U, which was established on 1st December 1970, although when he died in 1980, the task he had taken on himself remained unfinished.

The Archives on Contemporary History invites donations of personal papers, diaries, books, collections, memorabilia and photographs from members of communist and socialist parties, people broadly on the Indian Left, unions, workers, women's groups, members of cultural troupes etc. The archive is committed to archiving and preserving the history of the entire spectrum of the Indian left from about the beginning of the 20th century. It has no party affiliation and will preserve and use these materials for bonafide scholarly purposes.