Jean Drèze studied Mathematical Economics at the University of Essex and did his PhD at the Indian Statistical Institute, New Delhi. He has taught at the London School of Economics and the Delhi School of Economics, and is currently a Visiting Professor at Centre for Informal Sector and Labour Studies, School of Social Sciences, Jawaharlal Nehru University. He is also a visiting Professor at Allahabad University as well as Honorary Professor at the Delhi School of Economics. He has made wide-ranging contributions to development economics and public policy, with special reference to India. His research interests include rural development, social inequality, elementary education, child nutrition, health care and food security. 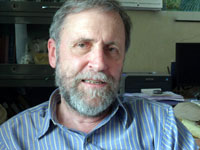 Gerry Rodgers is the former director of the Institute for International Labor Studies at the ILO. He is currently a Visiting Professor at Centre for Informal Sector and Labour Studies, School of Social Sciences, Jawaharlal Nehru University and also a Visiting Fellow at Institute of Human Development, New Delhi. His work has mainly been concerned with poverty, inequality, labor, human resources, and employment, especially in South and Southeast Asia and in Latin America. This has included analysis of labor market outcomes and their relationship to economic development; the impact on poverty and employment of state policies and of the behavior of other social actors; labor market patterns as aspects of social and economic inequality; the development of training systems and policies; the notion of social exclusion and its application in low income settings; studies of interactions between economic and demographic behavior; work on economic and social systems and models, both theoretical and empirical. 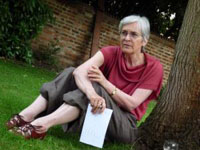 Professor Barbara Harriss-White is the Director of Wolfson College's South Asia Research Cluster and of Area Studies Research Project on the Materiality of India's Informal Economy at Oxford University. She is Emeritus Professor of Development Studies, Emeritus Fellow of Wolfson College, Oxford, and a Professorial Research Associate at SOAS. She retired in 2011 after 25 years at Oxford, almost all in Queen Elizabeth House teaching agricultural economics, development economics, development studies and then the political economy of India. She was the Founder-Director of Oxford University's Contemporary South Asian Studies Programme in the School of Area Studies and organiser of the world's first MSc in Contemporary India. She has written, edited or co-edited and published 40 books and major reports, published over 200 scholarly papers and chapters and over 60 working papers. Her book 'Rural Commercial Capital' won the Edgar Graham prize.

Barbara Harriss-White's research interests have developed from the economics of agricultural markets to India's socially regulated capitalist economy and corporate capital; and from the malnutrition caused by markets to many other aspects of deprivation: notably poverty, gender bias and gender relations, health and disability, destitution and caste discrimination. She has a long term interest in agrarian change in S. India and has also tracked the economy of a market town there since 1972.