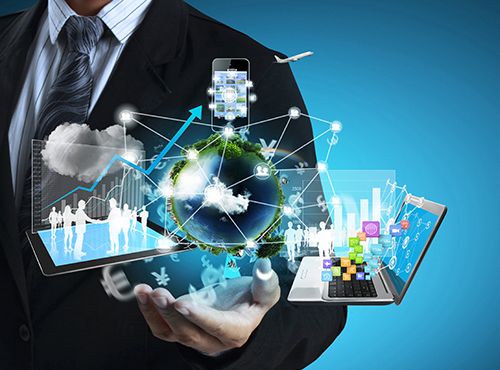 In 1996 JNU initiated efforts for setting up a campus-wide computer network in the academic complex of the university. The network was carefully planned, keeping options in mind for future expansions, using fiber-optic cabling to connect all the major buildings. Given the extent of the work, it was decided then that a separate centre was needed to look after Network Operations centrally. This led to the formation of the CIS.

The Communications & Information Services Centre was set up in February 1997 as an independent Centre headed by a senior professor as the Director. By May 1997, the site was ready, and it started functioning with a small workforce of about half a dozen select persons drawn from different departments.

In 2001, CIS became part of the School of Information Technology. The focus of the SIT is on the use of information technology in education and research, and the study of how increased availability of information in all spheres of enquiry---biological, geographical, economic etc.---can be effectively utilized in an academic context.

The bandwidth has been rising gradually. In 2002, the Internet bandwidth was increased to 2 Mbps. This doubled in 2003, tripled in 2004, and Intranet bandwidth went up to 1Gbps in 2005. JNU had 20 Mbps of Internet bandwidth coming from two different ISPs and integrated at our end to give seamless access from both the ISPs. Presently, the University has the bandwidth of 1Gbps through National Knowledge Network (NKN).

CIS has a firewall software that both protects the JNU network from outside hackers, and in addition can balance the load that we get from separate fibre one through MTNL fibre and another through the Power grid fibre. A Unified Threat Management Solution has been implemented to further secure the network from hackers, for filtering unnecessary traffic, streamlining traffic by specifying priorities, and blocking unwanted sites.

Mail software has been upgraded to Groupwise 8.0 that has many additional features that are useful for the academic community. Instant messaging, document sharing, archiving the personal mailboxes by the individuals would be possible with this new software. Additional hardware is being procured during this year for making mail server more stable with a high capacity common storage and a cluster configuration of servers.